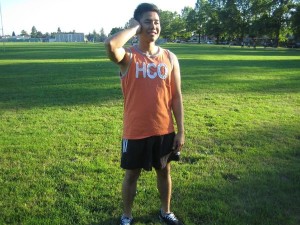 It is actually a common occurrence for young children, especially toddlers, to insert foreign objects in their ear. Most of the time, these items are stuck in the ear canal, the small canal that finishes at the eardrum. One can usually tell if a foreign object is lodged in the ear due to the increased sensitivity of the ear canal. Majority of these cases do not pose serious threat to health, however, it is still essential to completely remove the lodged object, preferably a medical professional to avoid any complications, such as damage to the eardrums. Frequently these foreign objects include toys, beads, food material and insects.

Causes of Foreign Object in the Ear

These foreign objects can be either voluntarily or involuntarily lodged in the ear.

How Foreign Object Affects the Ear

The effects on the ear will vary depending on the object that penetrates the ear canal. Some objects may cause more damage than the others

Symptoms of Foreign Object in the Ear

Because the ear canal is highly sensitive, most people can tell if there is a foreign object in the ear. Symptoms will vary depending on the size, shape and substance lodged.

How to Remove Foreign Object in the Ear

Although not a medical emergency, it is better to urgently remove the foreign object. It will be harder to dislodge the object the longer it is left inside the ear. Moreover, if left longer, it may develop an infection. If an object becomes stuck in the ear, follow these steps:

The information posted on this page is for educational purposes only.
If you need medical advice or help with a diagnosis contact a medical professional