A generalized tonic-clonic seizure or grand mal seizure involves disruption in the functioning of both sides of the brain. This disturbance is due to the spreading electrical signals via the brain incorrectly.

Oftentimes, this results to the transmission of the signals to the nerves, muscles or glands. Generally, the spread of these signals in the brain can lead to loss of consciousness and severe muscular contractions.

If an individual has epilepsy, he/she might have generalized tonic-clonic seizures in late childhood or adolescence.

Remember that this type of seizure might be a medical emergency. Whether it is an issue of concern is based on the history of epilepsy or other health conditions present. Furthermore, an individual should seek medical care if he/she experiences a first seizure, injured during an episode or ends up with a cluster of seizures.

What are the causes? 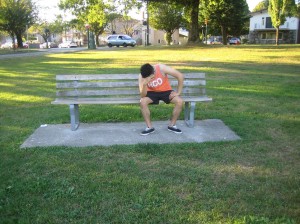 The start of generalized tonic-clonic seizures might be triggered by a variety of health conditions.

Generally, the start of generalized tonic-clonic seizures might be triggered by a variety of health conditions. Some of the severe conditions include a ruptured blood vessel in the brain or a brain tumor.

A head injury can also instigate a seizure in the brain. In addition, other possible triggers for the seizure might include the following:

If an individual experience a generalized tonic-clonic seizure, some or all of these symptoms might be present:

Generally, an individual with a generalized tonic-clonic seizure might turn rigid and fall during the tonic phase. Furthermore, the limbs and face will appear to jerk rapidly as the muscles convulse.

After an episode, the individual might end up puzzled or drowsy for several hours after recovering.

If an episode occurs, it might be an isolated case that does not necessitate treatment. The doctor will monitor the individual for future seizures before starting a long-course of treatment.

In most cases, the seizure is managed with medications. Generally, a low dose of one drug is typically started and the dosage is gradually increased.

Some individuals require more than one drug. In addition, it might take some time to determine the effective dosage and type of drug.

Some of the medications given include:

Brain surgery might also be an option if drugs are not effective in controlling the seizures. This is a beneficial option for partial seizures that affect only a small region of the brain.

Take note that there are 2 forms of supplemental treatments for a generalized tonic-clonic seizure. Furthermore, vagus nerve stimulation involves the implantation of an electrical apparatus that mechanically arouses a nerve in the neck.

A ketogenic diet which is rich in fat and low in carbohydrates is also known to help lessen certain forms of seizures.