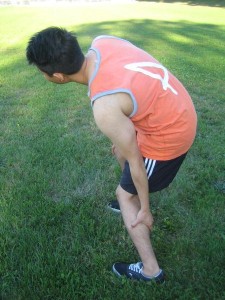 As the summer quickly draws to a close, more and more people are heading outdoors one last time. And as people spend more time in the outdoors, the risk of insect bites is also increasing. Health experts warn about the potential dangers of insect bites, especially from mosquitoes and ticks. Although the bite itself is a minor annoyance that often goes away in a few hours, some people may develop serious medical problem due to insect bites.

Some insects harbor diseases that can be transmitted to a human if bitten. Simple things such as using insect repellent, wearing pants or long-sleeved shirts, and routinely checking the body while in the outdoors can help prevent unexpected emergencies due to insect bites.

Ticks are small parasitic insects that can be found in different places. While the bite of a tick does not appear serious, it can actually lead to severe illnesses such as Rocky Mountain spotted fever and Lyme disease. Both of these diseases can be treated early with early detection. In the case of Lyme disease, symptoms become apparent within a few weeks after the inoculation or tick bite. Lyme disease produces a characteristic salmon-colored rash with white spot in the center. If not treated, it can affect major body organs, particularly the brain and heart.

A less common but more serious illness caused by tick bite is known as Rocky Mountain spotted fever. It can lead to symptoms that include headache, sudden fever, rash on the hands and feet, and muscle pain that develop about 5-10 days after tick bite.

Here are some things to remember to prevent emergencies due to insect bites.

Although most people will develop mild reactions due to insect bites, others may experience severe allergic reactions. Moreover, mosquito bites can cause illnesses that include encephalitis or West Nile Virus. Many communities resort in ‘fogging’ to eradicate these mosquitoes and protect their children from these dreaded diseases.

Some things you can do to prevent emergencies due to insect bites.

Knowing how to prevent emergencies due to insect bites is essential to avoid unwanted health complications.

The information posted on this page is for educational purposes only.
If you need medical advice or help with a diagnosis contact a medical professional