The common cold can be triggered by hundreds of viruses. The condition occurs year-round but more common during the winter season. Common cold affects individuals of all age groups but young children, elderly and those who have weakened immune systems are at high risk.

Various viruses are capable of causing the symptoms of common cold such as coronavirus, rhinovirus and coxsackievirus. Since there are different viruses responsible for the symptoms, a specific cure could not be made.

The condition can be acquired via personal contact or through the air. If an individual touched any contaminated object or surface and then touches his/her eyes, open wound or mouth, he/she can become infected. In addition, inhaling droplets of the cold virus via the air when an infected individual sneezes or coughs can also spread the condition. 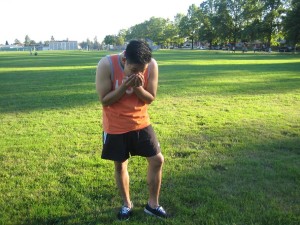 The common cold and flu share similar symptoms but the severity is a big difference between the two.

Every case of common cold is different, but there are certain symptoms that are quite common. Once the symptoms initially manifest, they steadily worsen over the next few days. In most cases, an individual feels run down and tired, but not severe enough to knock him/her off the feet. The signs and symptoms usually last for 7-10 days such as the following:

The common cold and flu share similar symptoms but the severity is a big difference between the two. If the symptoms are quite severe, it might be the flu or another type of respiratory condition.

If the symptoms initially start off bad, subside and abruptly worsen, a doctor should be consulted since this is an indication of a secondary infection. Remember that common cold is highly contagious which readily spreads from one individual to another.

How common cold is managed

Sad to say that there is still no proven cure for the common cold. Since the condition is caused by various viruses, developing a vaccine or medication is not possible. Nevertheless, there are measures that can alleviate the symptoms with the help of over-the-counter medications or natural remedies.

In most cases, it is best to allow the condition to run its course. At the same time, the individual should get enough rest and increase the intake of fluids. If the symptoms do not seem to improve after 7-10 days, a doctor should be consulted.