What is whooping cough?

Whooping cough or pertussis is a serious respiratory infection due to the bacteria Bordetella pertussis. The infection triggers violent, uncontrollable coughing that causes difficulty breathing. Even though whooping cough can affect anyone at any age, it can be dangerous for infants and young children.

The incubation period for whooping cough is around 5-10 days but the symptoms might not be present for up to 3 weeks.

The initial symptoms strikingly resemble common cold and include fever, runny nose and cough. Within 2 weeks, this is followed by a dry and persistent cough that causes difficulty breathing. Babies and children often produce a “whoop” sound when taking a breath after the coughing episodes. 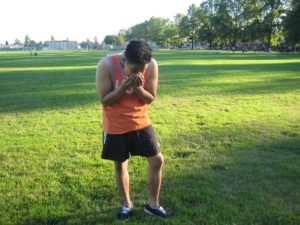 Adolescents and adults can experience symptoms that are milder such as extended coughing without the “whoop” sound.

Many babies and some young children do not require hospitalization for further treatment and respiratory support.

Some cases might require intravenous fluids for dehydration if the symptoms prevent the child or adult from drinking adequate fluids. Since the condition is a bacterial infection, antibiotics are part of the course of treatment. Antibiotics are highly effective during the initial phases of whooping cough, but can also be used during the late phases to prevent it from spreading to others.

A humidifier might also be beneficial especially in the bedroom of the child to keep the air moist and help relieve the symptoms of whooping cough.

What is the outlook?

The indications of whooping cough can last for up to 4 weeks or longer, even during treatment. Adults and children typically recovery rapidly with early medical care.

Infants face the highest risk for death due to whooping cough even if treatment is started. Parents should carefully monitor infants. In case the symptoms persist or worsen, a doctor must be consulted right away.