Once the condition becomes worse, the heart weakens and less likely to pump sufficient blood throughout the body and maintain a normal electrical rhythm. This can result to heart failure or erratic heartbeats which are called arrhythmias. Having a weakened heart can also lead to other complications such as heart valve issues.

What are the types of cardiomyopathy?

The main forms of cardiomyopathy include the following: 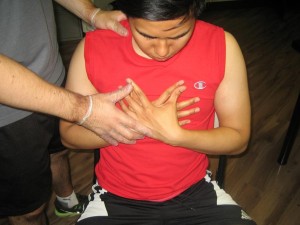 Once the condition becomes worse, the heart weakens and less likely to pump sufficient blood throughout the body and maintain a normal electrical rhythm.

The other forms of cardiomyopathy are known as “unclassified”. In some cases, another form is called as “stress-induced” which is also called as broken heart syndrome.

Cardiomyopathy might be acquired where it forms due to another ailment, factor or condition. It can also be hereditary where the gene for the ailment is passed on from a parent. Oftentimes, the precise cause could not be determined.

The condition can affect individuals of all ages, but certain age groups are likely to develop certain forms of the condition.

What are the possible causes?

Generally, the exact cause of cardiomyopathy is unclear usually if it occurs among children. The condition can be acquired from another condition or disease. If it is hereditary, it is passed down from a parent.

Cardiomyopathy might have no evident indications and does not require any form of treatment. In some cases, the disease rapidly develops with severe symptoms that leads to the development of significant complications.

The treatments that are commonly used include lifestyle modifications, surgery, medications and implanted devices such as a pacemaker to fix the arrhythmias and other non-surgical procedures.