Rashes refers to any evident skin inflammation. In most cases, rashes are not dangerous and usually self-limited. The life-threatening skin rashes are considered rare but if they occur, medical care is required.

Conditions that cause life-threatening skin rashes

Pemphigus vulgaris is a condition that affects the immune system. As an autoimmune disorder, the immune system wrongly identifies proteins in the skin as foreign, thus releasing antibodies to attack them.

The objective of these antibodies is the protein desmoglein 3 which is a component of a structure known as desmosome. These are responsible for holding the epidermal cells together. 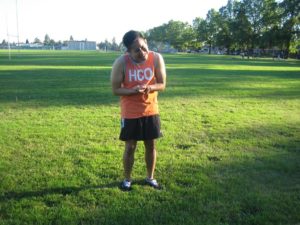 The life-threatening skin rashes are considered rare but if they occur, medical care is required.

The cause of the condition is unknown, but it is believed to be a severe form of allergic reaction to certain medications or infections.

This is a drug rash that occurs with eosinophilia and systemic symptoms. As a severe type of drug flare-up, it starts in 2-6 weeks after using the drug. The usual causes include anticonvulsants such as phenytoin and carbamazepine. Other drugs that can trigger the rashes include allopurinol, dapsone and captopril.

Toxic shock syndrome is caused by an underlying infection with some strains of the Staphylococcus bacteria. The bacteria releases toxins into the bloodstream that leads to diffuse organ damage.

Other types of infections that can lead to toxic shock syndrome include surgical wound infections, superficial skin infections, infected nasal fillings after nasal surgery or nosebleeds and infections after delivering a child.

This is a blood infection triggered by the Neisseria meningitis. The infection is quite common among young adults and can also affect the membrane that surrounds the brain and spinal cord. It is often acquired via sneezing, coughing or from contaminated surfaces.

This is a bacterial infection that is limited to an extremity and usually brought about by rapid infiltration into the deeper tissues as well as the bloodstream.

The infection is triggered by Rickettsia and spread to humans from a tick bite. The condition causes distinctive rashes accompanied by other symptoms.